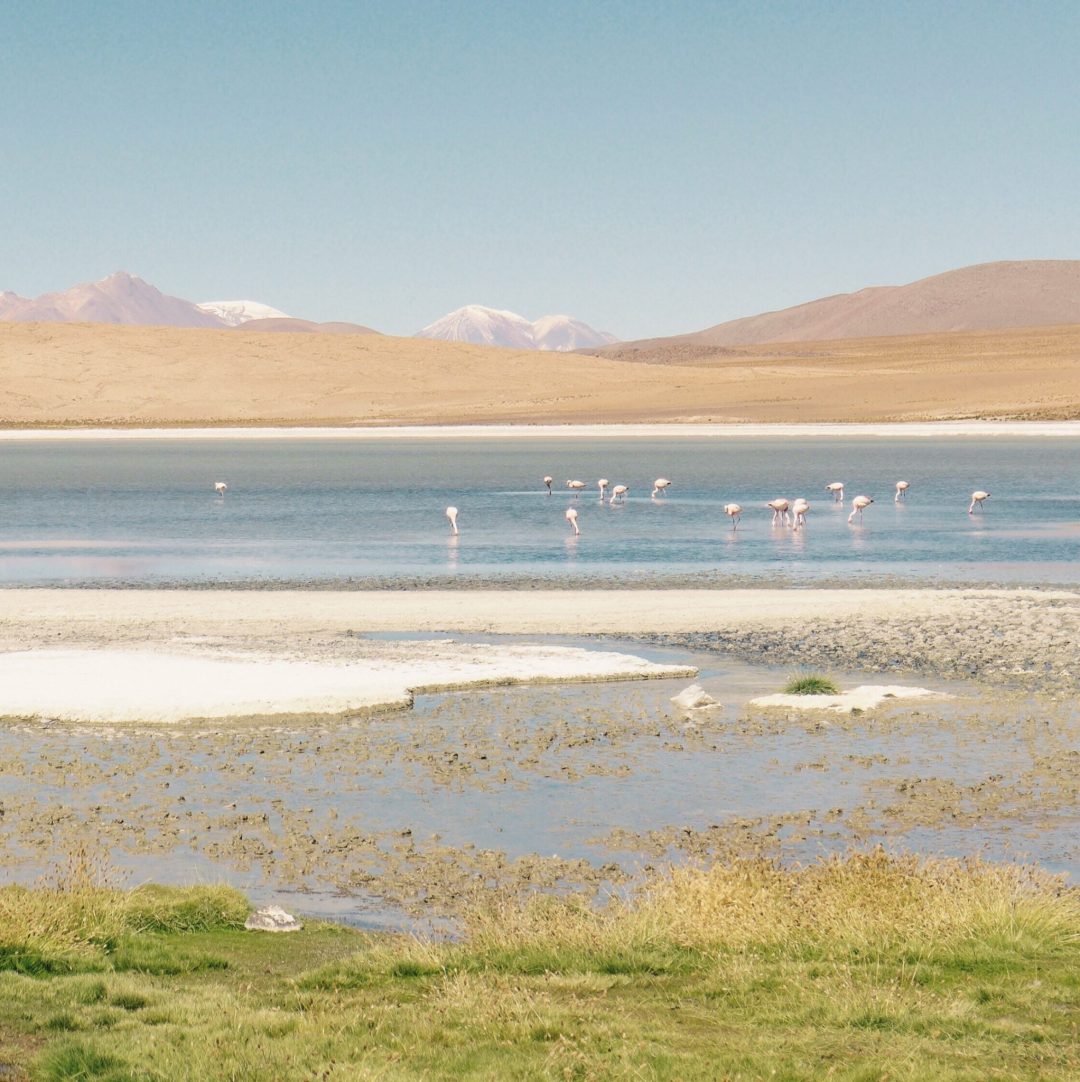 They are all funny, extraordinary, unexpected and exiting adventures that make a trip unforgettable. And these are the ones who make a traveler a storyteller.

Every traveler has a few stories which he or she particularly likes to tell. For Fred, Maren and me our tour through the salt desert of Bolivia is definitely one of these stories.

In the days before, we had already visited the city of La Paz, drove down the popular Death Road on mountain bikes and got to know our physical and psychological limits in Potosi´s silver mines. Now we wanted to cross the famous Salar de Uyuni on our way to Chile.

The tour operator, for which we had decided after thorough research in all of Potosi, promised us a comfortable and safe tour with experienced drivers and accommodation made of salt.

Our 3-day tour started with a visit to a train cemetery. Dozens of tourists were already climbing around the completely rusted train skeletons. We joined immediately and had huge fun. The backdrop was spectacular and also a little surreal. That was definitely a successful start. Afterwards, our driver, who did not speak any English, drove us together with two Japanese and a Colombian deeper and deeper into the salt lake desert. Wherever you looked there was nothing but salt to the horizon.

At the next stop, we had enough time to make the popular salt desert perspective pictures. Above all Maren and Isa had always great new ideas – to Fred’s disfavor. And so he found himself lying in the salt much longer than he liked and tried to meet our expectations. If he had not refused to take more photographs, we would probably be still there today.

Our journey took us even further into the desert past bizarre rock formations and mountains, over further sections of the salt lake to an abandoned ghost town. In the distance, we only saw a single man. In addition, we met a lama herd with beautiful headdress. Admittedly, this place was a bit uncanny, however, as so often our curiosity predominated and we explored the area for a while.

In the evening we finally reached our first accommodation. It was actually a hotel built entirely of salt. Beds, walls, tables, floor – everything was made of salt. This was admittedly quite cool. Particularly because we had not expected the tour operator´s details to be correct. For this, we had already accumulated too many opposing experiences.

The next morning we climbed in the cars early and went on through the desert. Past volcanoes to stunning lagoons. Flamingos were everywhere. We were able to marvel the fossilized tree – a popular picture spot for tourists. The two past days were simply fantastic. We enjoyed the different impressions and the anticipation of crossing the border to Chile the next day rose gradually.

The accommodation of the second night could not even match with the one from the first night. There was only salt from the salt spreader here but no salt hotel as promised. More and more groups arrived at the accommodation. We exchanged experiences, tips and travel plans. Since we were somewhere in the nowhere between Bolivia and Chile, we had not enough electricity for the whole night and so the light was switched off at 10 pm.

In the middle of the night we were woken by shattering windows and loud laughter. Our first thought was: that must be just stupid travelers who had way too much alcohol! Fred checked the location and quickly reaffirmed the rumor, that not the travelers, but most of the drivers were absolutely drunk due to a birthday party. And if that were not enough, they  also had a fight. For whatever reason.

Before we had read in some tour guides that failures of this kind could happen occasionally. But that happened really just to us?

Of 10 drivers, 8 were simply completely drunk and wasted. We first looked in vain for our driver and the initial hope that he was perhaps one of the sensible ones was quickly weakened when we found him almost unconscious in one of the rooms. Great… Slowly it dawned and we were standing together with all the other groups to discuss what was to be done. Although the drivers were all confident that they could drive a car and we should not worry, the majority of the groups simply ignored their chatter.
We took the key away from our driver, who visibly tried to act soberly and miserably failed. It took us a lot of persuasion to convince him to sit down on the passenger seat. While the Colombian from our group drove the car, our driver stuffed more and more coca leaves in his mouth. He asserted that he was absolutely sober. And – after all – the leaves help against everything. Uhhhm … yes. It´s clear.

90 km separated us from the Chilean border. Together with the other groups, we actually made it to the boarder station. Once there, we were really glad that we had survived these last hours in Bolivia. Instead of apologizing, our driver asked us to give a positive review on tripadvisor and finally disappeared in the salt dessert. Ready to give the next group an unforgettable adventure.

In the end the tour through the salt desert was a really nice experience we would not want to miss. Unexpected incidents always belong to a trip like this. A short time later we stood there with a Chilean entry stamp in our passports and were looking forward to the next adventure. 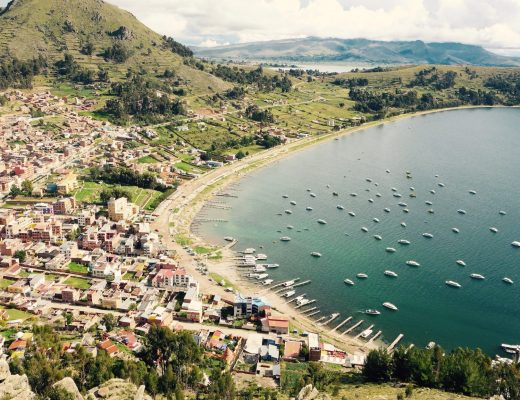 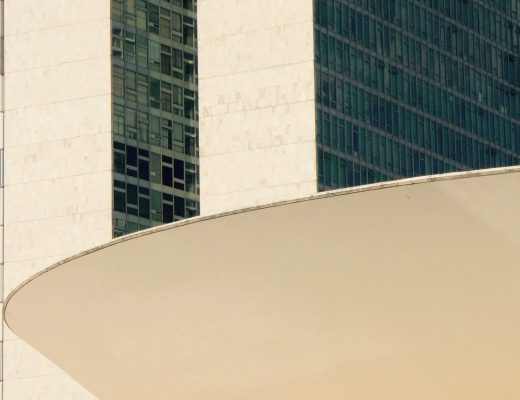 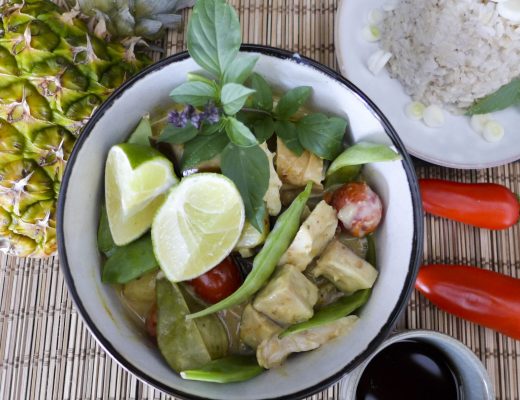 Welcome to our World!

worldwidetraveling is a travel, food and lifestyle blog focusing on stories, recipes and design inspiration from all around the world. Follow us on our adventures!
By Maren, Fred and Isa